Knife Aid on Shark Tank: Why Did Sharks Chase The Founders In The Hallway?

Update on the $500,000 deal that Knife Aid struck with Shark Tank: What Happened After the Hallway Deal

In a moment that will go down as the greatest of Shark Tank television history as one of the most extraordinary, four Sharks ran after the entrepreneurs who were pitching, and two Sharks successfully closed the sale in the hallway.

How did it happen? And which company had the good fortune to get mobbed by the Sharks during this episode of Shark Tank?

Knife Aid is a mail-order knife-sharpening service that promises to make dull knives sharper than they were when they were brand new. This was the business that was being pitched.

What exactly is Knife Aid?

Because knives are used so frequently, they eventually lose their sharpness and become dull. Unfortunately, not everyone is familiar with the process of sharpening a knife or is aware of where they may have their knife sharpened. This is the issue that Knife Aid aims to find a solution for.

How does Knife Aid work?

It is appealing due to the ease with which the entire process can be completed. Customers who want to sign up need to do nothing more than visit their website. After confirmation, they will be sent a secure envelope to place their knives in, and the kit will be returned to Knife Aid via regular mail. When it comes time to sharpen the blades, Knife Aid relies on a crew that is both experienced in traditional craftsmanship and knowledgeable in cutting-edge sharpening technologies. The company will return the knives to you a few days later, and they will be sharper than they have ever been.

Mikael Soderlindh and Marc Lickfett, the founders of Knife Aid, had the goal of establishing an environmentally responsible company that would not add to the existing amount of garbage. They intended to help customers extend the amount of time they could use their knives rather than having to go out and get a new one and then immediately discard the old one because it was too dull.

How did Knife Aid have its beginnings as a company?

Both Soderlindh and Lickfett moved their families to California, where they eventually founded Knife Aid in Malibu. They decided to go with Petersson as their team leader and trainer because of his extensive experience in the field.

The founders of Knife Aid have a combined amount of substantial expertise in business ownership and management. Before he founded Knife Aid, Lickfett was a co-founder of the art prints distributor and supplier King & McGaw, which was situated in the United Kingdom. Sodelindh was one of the original founders of Happy Socks, a clothing brand based in Sweden. However, according to them, they did not have a good understanding of the American market.

Even though the two business owners had a solid understanding of digital marketing, they claimed that they had gained the wisdom from previous ventures that in order for their Malibu-based company to be successful, they needed to have the ability to effectively reach out to the American market.

They wanted the assistance of a Shark to develop successful marketing techniques for the American market and to establish a network of relationships that would assist them in expanding their company.

The Knife Aid was featured on Shark Tank

During the eleventh season of the reality show Shark Tank, episode 11, Sodelindh and Lickfett appeared on the show to sell Knife Aid. They asked for $400,000 in exchange for a 15 percent stake in the company.

After the knife sharpening demo with Shark Kevin O’Leary, who was able to cut in half a pineapple using a knife that was sharpened by Knife Aid, the Sharks became delighted. In addition to being visibly intrigued by the concept, Lori Greiner was the first Shark to make an offer.

What kind of proposals did the Sharks make for Knife Aid?

Lori began by saying that she would provide them with $200,000 in cash in addition to a line of credit for the same amount in exchange for 20% of the company’s stock. However, it appeared as though the two business owners were unimpressed by her offer as they carried on with their discussion regarding their plans to advertise their knife-sharpening service in retail stores.

O’Leary made the most of this opportunity by making an offer of $400,000 in exchange for a 20% equity stake. He went on to say that he is the Wonderful Chef. “Chef Wonderful is a major player in the cake, chocolate, and meat industries. O’Leary boasts, “Google him. He’s wonderful!”

Lori countered O’Leary’s offer and formed a partnership with guest Shark Rohan Oza because he was unwilling to give up. They provided the business owners with an unmatched “strong duo” by their respective titles as “Queen of Retail” and “King of Branding.”

Aware of the threat, Kevin decided to form a partnership with Shark Barbara Corcoran. They made a joint offer of $500,000 in exchange for a 20% stock stake. Despite this, the founders of Knife Aid did not show any sign of biting.

Soderlindh explained to the Sharks that they were looking for a business partner who is enthusiastic and willing to offer them additional time even though they run several other companies. The two couples competed to be heard above the other while arguing about which was the more passionate.

While everything was going on, Mark Cuban watched with amusement and commented that he did not have to beg for a contract.

Lickfett and Soderlindh said they needed some time alone to review the offers before picking the Sharks to make a deal. So they asked for a few minutes to meet in the hallway in private and said they needed to discuss the proposals.

After that, the show’s most shocking revelation took place. For the very first time in the history of Shark Tank, four of the Sharks pursued the entrepreneurs into the hallway in order to secure the deal.

Lori was the first person to rush after the businesspeople who were in the hallway so that she could demonstrate that she was willing to do whatever it needed to succeed.

Lori says to the owners of Knife Aid, “You want to know about passion, right?” and continues, “Well, I’m not sitting waiting.”

Kevin was not far behind, and Barbara and Rohan were following in his footsteps after that. During all of the commotion, Rohan raised their offer to compete with what O’Leary and Corcoran were offering.

Following the unexpected chase through the hallway, the founders of Knife Aid, Lickfett and Soderlindh, shook hands with Lori and Rohan.

It was disclosed that Soderlndh and Lickfett wished to collaborate with Lori and Rohan, but on the condition that they invest $500,000 rather than the previous offer of $400,000. The two Sharks saw an opportunity to profit from the situation and quickly accepted the counteroffer.

Cuban shook his head and said, “I don’t beg or grovel,” while remaining seated in his chair.

Watch the intense negotiation in the corridor in this video clip from an episode of Shark Tank, courtesy of ABC.

After appearing on Shark Tank, what became of Knife Aid?

Knife Aid became an internet sensation after the historically significant episode that aired during season 11 of Shark Tank. Everyone was curious to find out what kind of company had four sharks chasing after them.

Is Knife Aid still in operation in modern times?

Yes. Knife Aid reaped the benefits of the surge in popularity that followed the debut of the company’s founders on the television show Shark Tank. As a result, the knife sharpening service has seen an increase in demand more remarkable than ever before. Customers who have dull knives can visit the official website of Knife Aid to place an order for a mail-in knife sharpening package.

Additionally, the Knife Aid service was at one time available on Amazon for the price of $69.00. This service includes a mail-in service for five (5) knives, which will be sharpened and returned to consumers four to seven days.

How much do you think Knife Aid is currently worth?

According to the owners, the business had had racked up a total of $120,000 in sales before appearing on Shark Tank. Additionally, the organization claimed that they had made a net profit of $37,000 in the span of just one month prior to the taping of the show.

According to the information provided on the company’s Amazon store website, as of the year 2020, they had already sharpened “almost half a million knives.” It is possible to deduce that Knife Aid’s total sales have already reached at least $6.9 million because the cost of having 5 knives sharpened is $69.00, which means that the company has already sold at least that much! When compared to the sales of $120,000 that they had shortly before appearing on Shark Tank, that is obviously a significant increase.

Before they went on “Shark Tank,” both Soderlindh and Lickfett had already done well as entrepreneurs. So the Sharks wondered why they came on the show in the first place. The two businessmen explained that their past ventures had failed to market to America because they didn’t understand American audiences. So, learning from their mistakes, they decided to look for a Shark to help sell their services to American customers.

Last but not least, they were sure enough to say what they wanted in a Shark. They told the Sharks that they needed to know which Shark would give them more time and attention than their other businesses. This question showed how smart and sure of themselves they were as business owners and also switched roles in this exciting episode. The Sharks were the ones who had to convince the business owners to get the Knife Aid deal done. 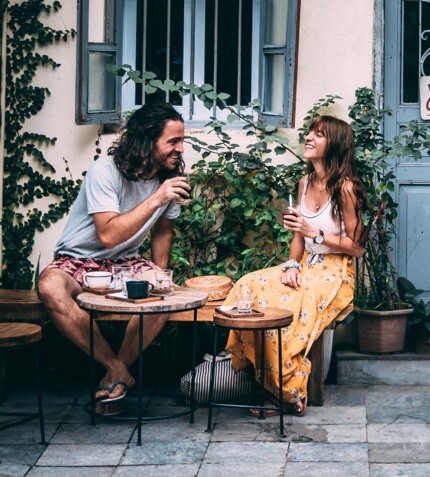